After three summers of working with VML Insurance Programs (VMLIP) employees and staff, interns Camryn Green and Thomia Brown of Partnership for the Future have graduated from high school and will soon be concluding their internship with the pool.

Green and Brown came to VMLIP through the college readiness program Partnership for the Future, an organization which strives to motivate and aid students through the college selection and application process. The program is also committed toward helping the students become engaged members within their community.

Brown, who recently graduated from Hermitage High School, began with Partnership For The Future at the age of 15.

“Even though it was out of my comfort zone, I sat down with my parents – who mean so much to me – and realized it would be a positive for me and help me come out of my introverted shell,” said Brown.

Brown says she has grown immensely from the help, resources, and friendly advice provided by Partnership for the Future and VMLIP.

“When the day finally came that we found out where we would be placed for our internships over the next three summers, I was beyond nervous,” said Brown. “I heard stories from friends who absolutely hated their internships and some who loved the job, their mentors, and the environment as a whole and would even come back after their internship was over.”

When she heard she was being placed with VML Insurance Programs, she admits she started thinking of ways to get out of the commitment.

“Insurance is just the complete opposite of what I planned to do with my future,” said Brown.

However, her time at VMLIP has provided her with endless skills that she will use throughout her future career – wherever that may be.

“I’ve learned communication skills, office etiquette, responsibility, and so much more through this opportunity,” said Brown.

Throughout high school, Brown was an active member of the National Honor Society, Technical Honors Society, Tech Ethics Club, National Society of High School Scholars, Key Club, captain of the flag line, and also a dedicated member of Partnership For the Future – all while maintaining a steady job, being the sister to three boys, and maintaining a strong grade point average. In the fall of 2018, she will be taking her talents to James Madison University where she will study business management.

After college, she plans to use her degree to open her own salon which will focus on the overall beautification of individuals.

“When asked how my time here has been and what I have taken from it, I’m honestly at a loss for words,” she said. “I’ve learned so many new things and met so many kind people. Starting as a sophomore with little experience on computers, I now have knowledge on programs such as NavRisk Claims, Perceptive Content, and much more. For all of this and so much more, I want to say thank you to VMLIP. Thank you for having me for three summers, taking such good care of me, and also signing my checks.” 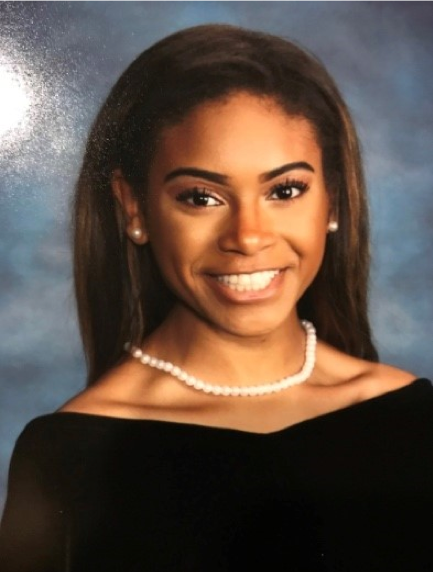 Camryn Green, a graduate of Henrico High School and dedicated student in the International Baccalaureate Program, started her internship with VMLIP at the same time as Brown.

“I had a long conversation with my sister about what programs would work best when preparing for college,” said Green. “That’s when I became interested in Partnership for the Future.”

Through the program, Green was asked to fill out a survey listing her interests.

“At the time, I wanted to be a pediatrician – so I stressed the importance of working with children, and that I wanted a social, yet playful environment.”

Just like Brown, Green was surprised when she was placed with VMLIP.

“At 15 years old, working at an insurance program was not something I had considered,” said Green. “However, I have learned so much here that has helped me sprout into the individual I am today.”

Throughout high school, Green served as the secretary of the French Honors Society, president of the Recycling Club, and as an active member of the Beta Club, Model United Nations, Future Health Professions, Red Cross, Girl Up, Help Club, and the varsity field hockey team – all while maintaining a 4.4 GPA.

She will be attending the University of Virginia in the fall, and hopes to major in either biology on the pre-med track or foreign affairs.

For new Partnership For the Future students who wonder what an internship at VMLIP would be like, Green offers this.

“I have learned about so many jobs that go into the foundation of a community through VMLIP,” said Green. “Every VMLIP employee has, in some way, taught me one important skill or another. The atmosphere is welcoming and can’t compare to any classroom setting.”

If she could offer just one piece of advice, it would be her favorite quote”

“Success is not final, failure is not fatal: it is the courage to continue that counts.” – Winston Churchill

“Breathe, perceive, and take on the challenge,” says Green. “It is the courage and leadership that helps one persevere, and with the support of Partnership for the Future, you can do just that.”

“Thank you to everyone here at VMLIP who have pushed me to reach for the stars and to never stop dreaming. It is because of you that I will not give up.”

Regardless of where their paths take them, with all the knowledge that both VMLIP and Partnership for the Future has given them, these high school graduates will achieve success in all of their future endeavors.