Pooling Matters: 2021 Spring Issue Are your revenues at risk? A pandemic perspective

Upon reflection, the potential for loss of revenues from vacant big box stores and uncaptured funds from short term rentals that I wrote about two years ago in my article ‘Are Your Revenues at Risk?’ seems like mere child’s play compared to the fiscal chaos thrust upon local governments this past year. 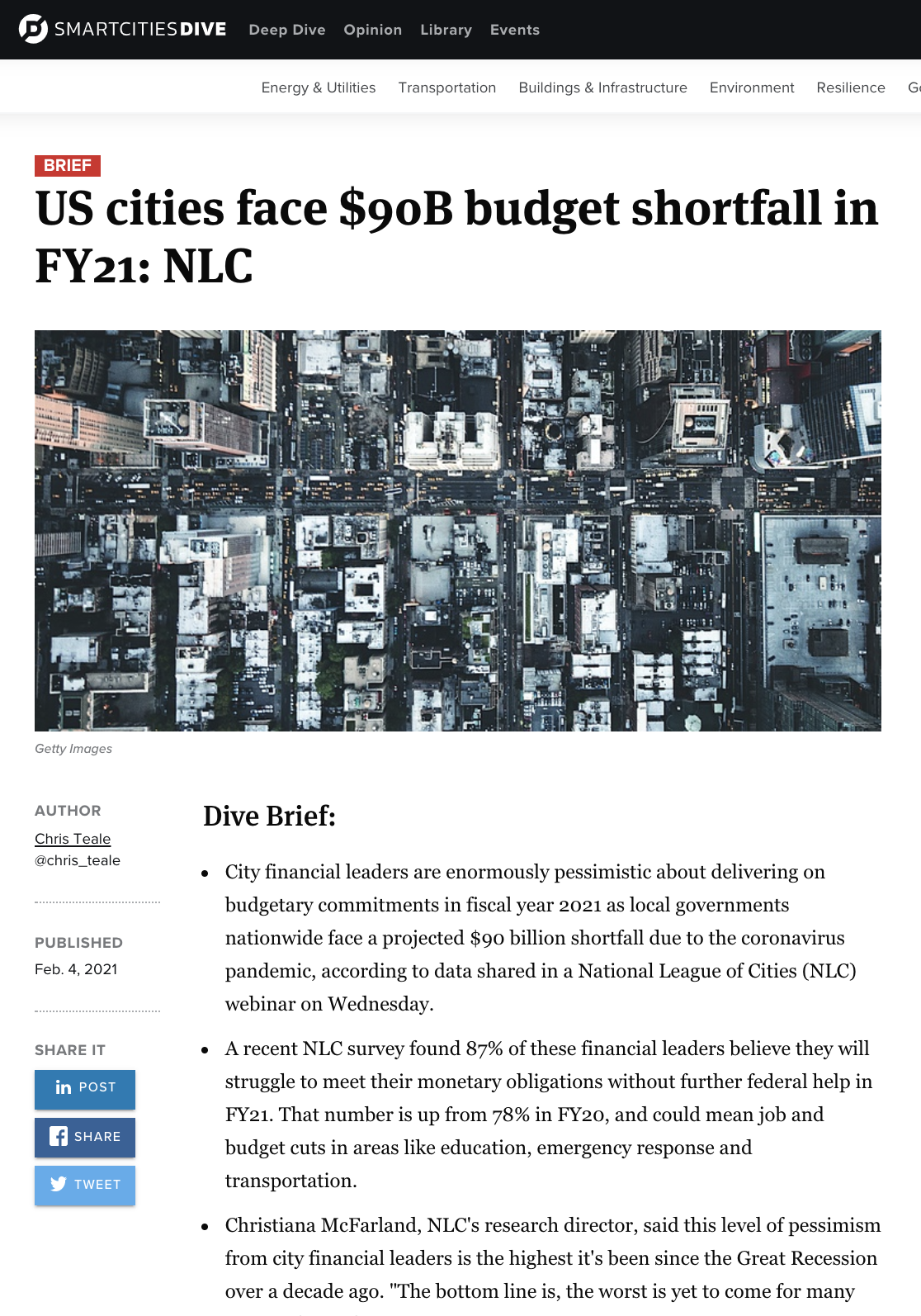 The brief further explains that this is “due to the coronavirus pandemic, according to data shared by the National League of Cities.”

I have personally heard from several Virginia local government managers that between 50 to 70 percent of their revenue sources remain vulnerable and at risk. These areas, in particular, are lodging and meals taxes; admission taxes and fees from special event venues; and business license taxes. The hospitality and leisure service sectors have been hit hard, as have mass transit and support services for now mostly vacant offices.

To this point, on March 3, 2021, Alan Rappeport wrote in The New York Times, “Those dormant offices, malls, and restaurants that have turned cities around the country into ghost towns, foreshadow a fiscal time bomb for municipal budgets which are heavily reliant on property taxes and are facing real estate revenue losses of as much as 10 percent in 2021 according to government finance officials. While many states had stronger than expected revenue in 2020, a sharp decline in the value of commercial properties is expected to take a big bite out of city budgets when those empty buildings are assessed in the coming months.”

Uncollectible rents and unpaid taxes will likely exacerbate the situation. 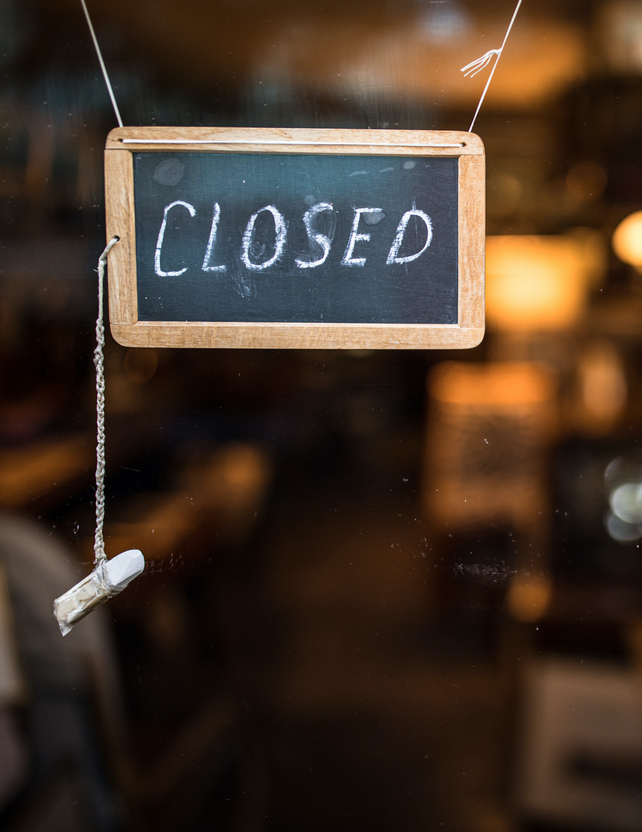 Local brick and mortar retail establishments have been impacted across the country as well. Coresight Research predicts as many as 10,000 retail stores could close during 2021, which is slightly higher than the record 9,832 closures it tracked in 2019.

On the bright side, residential real estate sales have been strong in many communities, and upcoming residential reassessments could provide a potential windfall unless property tax rates are equalized. Sales taxes have also fared well, including the new internet sales tax this fiscal year. During a January 26, 2021 update for the Roanoke County Board of Supervisors, Budget Manager Steve Elliot reported that between the start of July and the end of December, the county collected $400,000 more in sales tax than the same timeframe the year prior. Hopefully, other localities are also benefitting from this new e-commerce revenue stream here in Virginia.

Another positive take away from this ‘unprecedented’ ordeal has been the willingness for stakeholders to work through financial challenges and issues together and learn from one another on the fly. The Virginia Local Government Finance Network, hosted by Virginia Tech, is a great example of communication and collaboration between academia, state and local government, advocacy and professional associations, etc. during the past year. Regional planning district commissions have also played an important role in convening members during this crisis to sort out fiscal relief to local governments, expenditure guidelines and new reporting requirements.

Although the fatigue factor from virtual meetings and electronic communications is real, there have also been some other real gems when it comes to learning. One such webinar I attended was on the topic of ‘Budgeting in a Crisis’ presented by the International City/County Management Association (ICMA). It highlighted valuable resources from the peer Government Finance Officers Association (GFOA) – which has also been an active participant in the statewide finance network mentioned above. 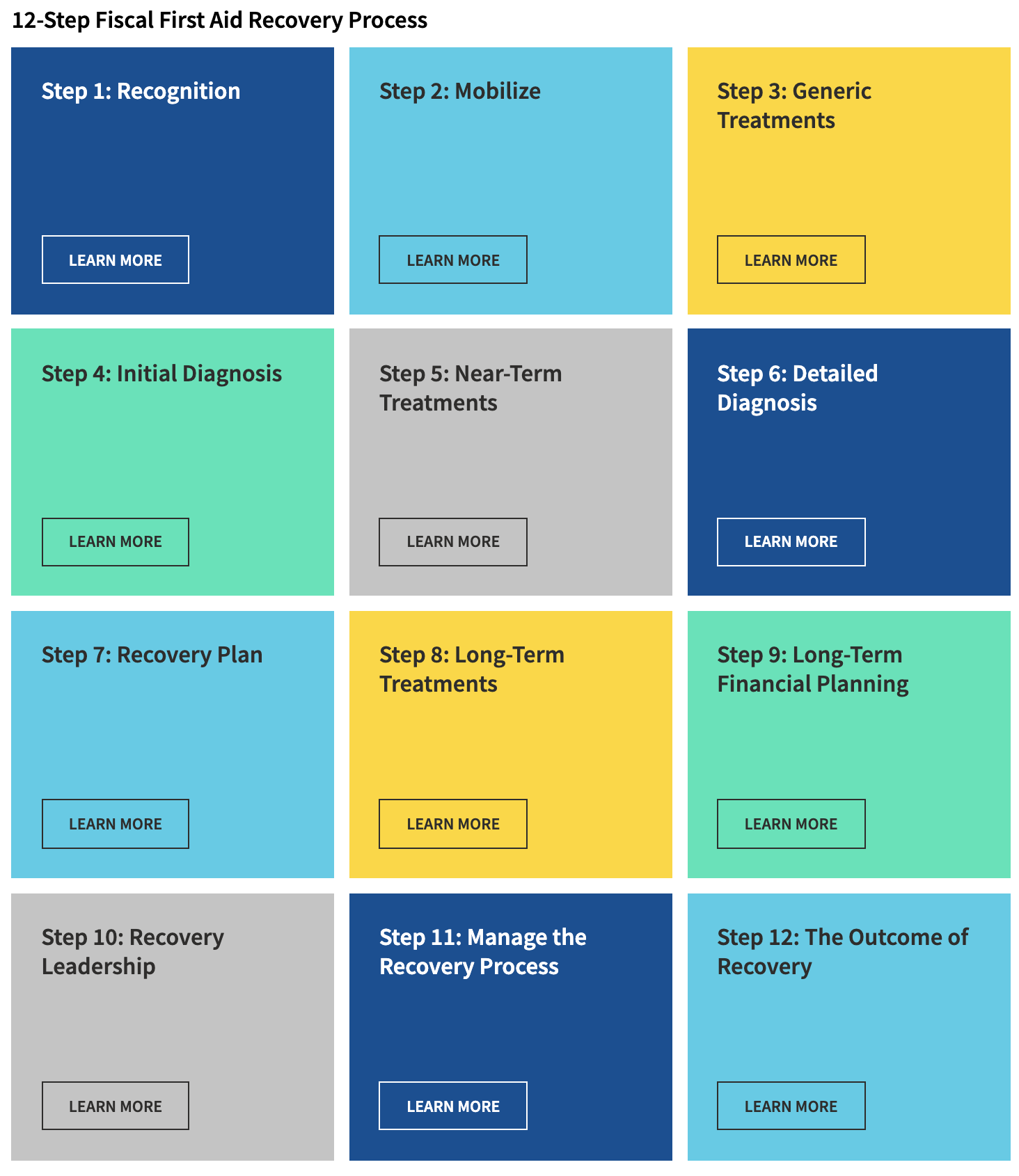 GFOA’s Fiscal First Aid Resource Center and their 12-step recovery process can come in handy at a time like this. Step 4 ‘Diagnosing the Financial Condition of your Local Government’ is an excellent (free) resource to follow. Some ICMA webinar notes I made include the following:

The post pandemic outlook for all our political subdivisions remains a bit uncertain. The American Rescue Plan Act of 2021 will provide additional financial aid to Virginia local governments. Further, according to Moody’s Analytics, Virginia’s economy should be back to full strength by mid-2022.

If not, we know that by continuing to work together we can make lemonade out of lemons in the days ahead.